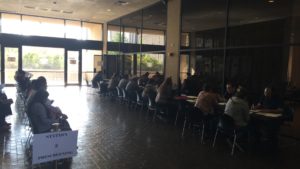 On May 21, 77 green card holders walked away from the Dallas Central Library with completed applications. 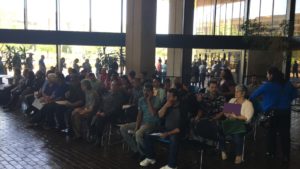 Since then, Dallas Campaign partners collaborated with the library system to host citizenship information sessions for those interested in applying for naturalization. From April to May, representatives from Dallas partners Catholic Charities of Dallas, Proyecto Inmigrante and the International Rescue Committee attended these information sessions across the Dallas-Fort Worth metroplex to educate individuals on the benefits and requirements for naturalization. These sessions culminated in the May 21 citizenship workshop.

“This is just the beginning of a long partnership with the library system here in Dallas,” said Arango. “We hope to host more workshops in the future at their facilities, and we’re now working with U.S. Citizenship and Immigration Services (USCIS) to set up Citizenship Corners at several branches.”

Library partnerships like these were first pioneered by Los Angeles New Americans Campaign partners, and as a result, a Pan-Asian citizenship workshop is held each year at the Central Library branch and USCIS Citizenship Corners are established in each library location.

The New Americans Campaign is excited about this newest library partnership.