2013 was a memorable year for the New Americans Campaign.

Check out the top ten highlights of the year that was for the New Americans Campaign: 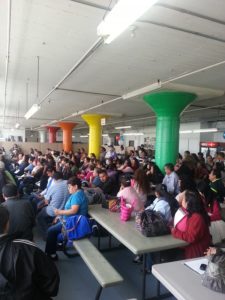 We surpassed 80,000 citizenship applications for LPRs since 2011. 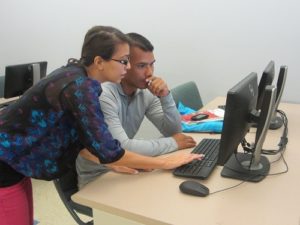 3) CitizenshipWorks launched as a mobile app

In July of this year, the CitizenshipWorks app went live at the iTunes store and on Android — now, lawful permanent residents can take their first step towards citizenship on their phones. 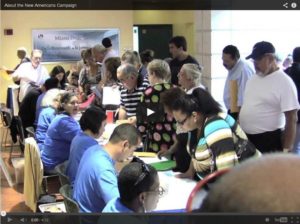 5) Saw our partnership with libraries become a national program 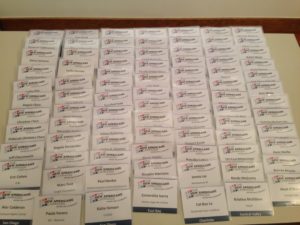 USCIS and the Institute of Museum and Library Services spread the “citizenship corner” program originally piloted by the New Americans Campaign to over 9,000 libraries nationwide. 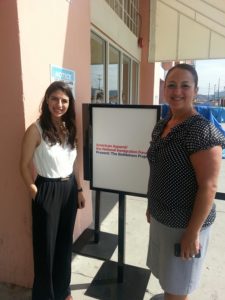 American Apparel and Baptist Health — South Florida were among the many new businesses that began providing citizenship services to their eligible employees.

7) Celebrated Citizenship Day in all of our sites — including a press conference in our nation’s capital. 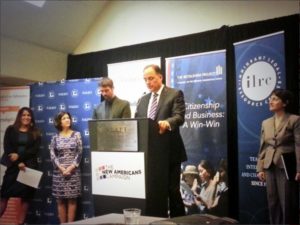 8) Launched @nacnow — and took over Twitter on Citizenship Day

Our hashtag — #NewAmericans — reached over 1 million people on Twitter during Citizenship Day.

9) Promoted the economic benefits of naturalization

Citizenship alone can boost individual earning by 8-11% — which could lead to $21-45 billion in cumulative earnings that could have ripple effects in our national economy. 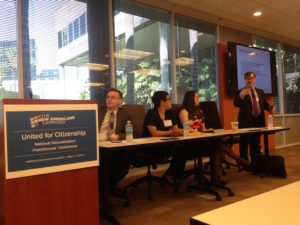