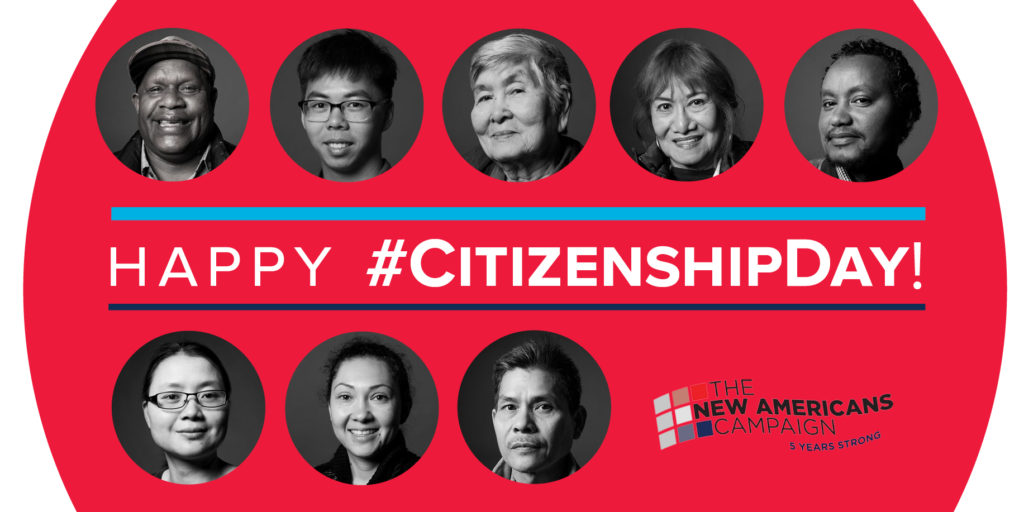 This month, thousands of lawful permanent residents (LPRs) throughout the country are taking the next step toward becoming United States citizens. They do so by attending free or low-cost events hosted by New Americans Campaign partners across more than 18 cities nationwide.

On Sept. 17, our country celebrates Constitution Day and Citizenship Day, commemorating the day in 1787 when the U.S. Constitutional Convention produced the document our nation looks to as a beacon for guidance on the toughest issues we face.

This past weekend, in honor of Citizenship Day, Campaign partners hosted more than 30 citizenship workshops to recognize and celebrate those individuals who aspire to become citizens of the U.S.

Citizenship Day provides us all with the opportunity to reflect on the importance of taking that critical next step to become U.S. citizens.

“Too many people find applying for citizenship to be too difficult and too expensive. That’s why we work year in and year out to help eligible permanent residents with the process,” said Eric Cohen, executive director of the Immigrant Legal Resource Center, the lead organization for the New Americans Campaign. “We have to ensure that citizenship is accessible to all who are eligible. Our government can do a lot to make that happen.”

This call to action was underscored by a new policy paper, “The Road to Naturalization: Addressing the Barriers to Citizenship,” released Friday by the National Immigration Forum and the New Americans Campaign.

The paper examines the current landscape of citizenship-eligible lawful permanent residents and the barriers to naturalization, and it provides policy recommendations to make the process more accessible and affordable to all eligible immigrants.

New Americans Campaign leadership underscored citizenship accessibility and affordability through an op-ed for Fox News Latino urging the government to reconsider its fee structure to stop pricing people out of citizenship.

At the same time, elected officials from across the country, including California Assembly member Rob Bonta, Virginia state legislator Mark Keam and Texas State Rep. Gene Wu, wrote about the personal importance of their U.S. citizenship.