Could You Be a Citizen and Not Even Know It? 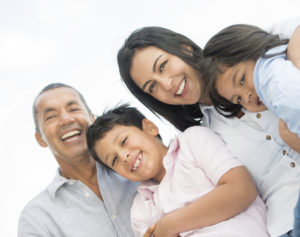 In recent months, United States Citizenship and Immigration Services (USCIS) has seen a significant number of cases of individuals starting the naturalization process without realizing they are already citizens.

The reason? The Child Citizenship Act, which went into effect on Feb. 27, 2001. Under this act, children who were born to naturalized citizens and under the age of 18 on or after the date the law was enacted are automatically citizens. The child must also be living in the U.S. as a lawful permanent resident (LPR) and under the age of 18 when one of his/her parents becomes a U.S. citizen.

It appears some immigrants didn’t realize their children were citizens, causing their children to unnecessarily apply for U.S. citizenship as adults.

Immigrants who gain citizenship through their parents do not have a naturalization certificate. Instead, there are a couple of other options available to prove U.S. citizenship. One is the N-600, Certificate of Citizenship. This certificate is for persons who acquired citizenship through naturalization of a parent or who were born to a U.S. citizen parent outside of the U.S. Another option is a U.S. passport. Parents can apply for these I.D.s for their children.

While it is not required to apply for proof of derived citizenship, it is a good idea to have it, just in case. LPRs convicted of certain crimes can be deported from the U.S. Immigration and Customs Enforcement (ICE) can mistake citizens for noncitizens, and Jacqueline Stevens at Northwestern University estimates that up to one percent of ICE detainees are actually U.S. citizens. Having identification proving U.S. citizenship might save a person months or years of trying to convince ICE that he or she should not be deported.

Visit this USCIS resource for more information about how children can become U.S. citizens through their parents.