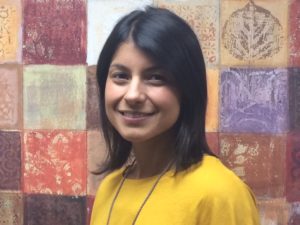 Mariana Maneiro decided to become a U.S. citizen earlier this year. After living in the U.S. for 15 years, she wanted to vote in the presidential election.

She became a citizen on her 33rd birthday last January and since then, Mariana has discovered that citizenship has many more unexpected benefits.

When Mariana visited Brazil last spring, she was able to travel with her brand new U.S. passport, which allowed her to leave and enter the United States swiftly and with much greater ease. And, a few months ago, she petitioned for her mother, Gisela, to become a lawful permanent resident (LPR) and get her green card. This would allow her to stay in the country where her four children reside.

“It’s not mandatory for an LPR to become a citizen,” says Mariana, who moved from Venezuela to Atlanta when she was 18. “But, I already see a future here and I have an attachment to his country. It’s my home.”

Mariana is a Board of Immigration Appeals (BIA) accredited representative in the Immigration Services Department at the Latin American Association. She helps green card holders become U.S. citizens, and now she’s helped herself, too.

“My husband is American, my daughter is American and now I am an American too,” says Mariana.