Last month we shared the story of Raquel Vergara, 76, a Salvadorian immigrant who came to the United States 35 years ago seeking refuge from civil war. She received her green card in 1988. When Raquel realized it was up for renewal in 2016, she knew it was time to make a change. 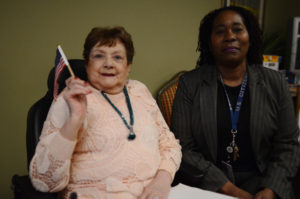 “I always said this time around, if I’m still alive by then, I deserve to be a citizen instead of renewing my green card,” Raquel said. “This is my country. I’m not going anywhere.”

Although homebound, Raquel completed her citizenship application with the help of New Americans Campaign partner Michigan Immigrant Rights Center. The center also helped her apply for a fee waiver, saving Raquel the $680 application cost. Nearly a year after United States Citizenship and Immigration Services (USCIS) accepted her application, Raquel received an interview date for her citizenship exam. In February, she passed the exam with a perfect score at an interview conducted at her assisted living facility in Kalamazoo, Mich.

Of the 8.8 million lawful permanent residents eligible to become U.S. citizens, less than 10 percent do so every year due to barriers including the high application cost, language difficulties and paperwork. But Raquel’s story proves that those barriers are not insurmountable.

On April 3, Raquel was sworn in as a U.S. citizen. Her oath of citizenship ceremony, like her interview earlier, took place at her home at the Village of Sage Grove. Seated in the community room and surrounded by friends singing the national anthem, Raquel swore her oath to the U.S. and finally could proclaim: “Same as you … I’m a citizen!” Watch her inspiring story on this newscast on WOOD TV8. 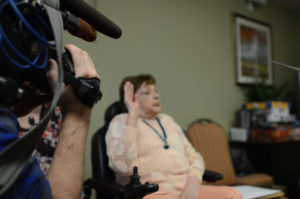 Raquel recites her oath of citizenship 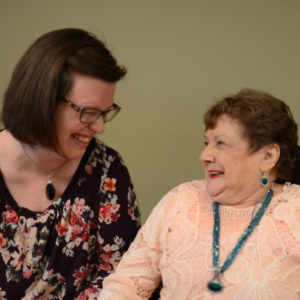 Susan Reed, the supervising attorney at MIRC who helped Raquel apply for citizenship, celebrated with Raquel at her citizenship ceremony 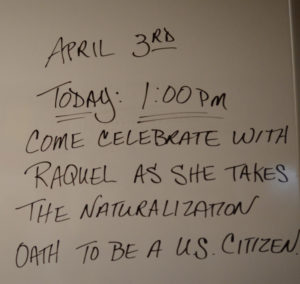