For American Samoans, Citizenship Not Guaranteed 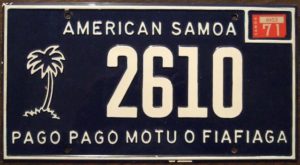 The 14th amendment of the U.S. Constitution provides that “all persons born or naturalized in the United States, and subject to the jurisdiction thereof, are citizens of the United States ….”

For most of us, that proposition is pretty straightforward. If you are born in the U.S., you are a citizen. But the phrase “in the United States” is not so straightforward for those born in U.S. territories outside of the continental U.S., Alaska and Hawaii. The Immigration and Nationality Act treats natives of territories differently.

Although people born in Puerto Rico, the U.S. Virgin Islands, Guam and the Northern Mariana Islands are U.S. citizens, not everyone born in a U.S. territory or possession has the privilege of citizenship. The Immigration and Nationality Act defines persons born in “outlying possessions” as nationals, but not citizens at birth. The Act also defines “outlying possessions” to mean American Samoa and Swains Island.

On June 5, the U.S. Court of Appeals for the District of Columbia reaffirmed that the 55,000 residents from American Samoa and Swains Island are not citizens by birth. A group of people born in American Samoa brought suit, claiming that the 14th amendment afforded them U.S. citizenship. The court rejected their arguments.

That means they can become citizens only by naturalizing: They must fill out the application form and pay the $680 application fee, pass an English and U.S. History and Government test and take the Oath of Allegiance.

How many noncitizen nationals become citizens? According to the Office of Immigration Statistics, 265 American Samoans became U.S. citizens in 2013, the latest year for which statistics are available. In the past 10 years, more than 2,100 have done so.

*Image by Flikr user Jerry Woody and used under the terms of Creative Commons ShareAlike 2.0.