The following story was shared by Michelle Tran, a Case Manager at Boat People SOS, one of our Houston NAC partners. Kim’s name has been changed to protect her anonymity.

When Michelle first met Kim, the shy, distressed woman had waited for five hours in the waiting room of Boat People SOS, a Houston-based partner organization of the New Americans Campaign. Kim shared her heartbreaking story.

She had come with her husband to the United States with green cards from Vietnam 22 years ago. She spoke little English and knew no one. Together they had three children. But her experience in America wasn’t a happy one.

For 22 years, Kim survived continuous physical and emotional abuse at the hands of her husband. Together they ran a small convenience store in a poor, dangerous neighborhood of Houston. Her husband forced Kim to stay at the store at all times. She slept there on two folding chairs at night, while her three children slept on one mattress in the living room of the family’s small condominium. Once a week her husband would pick her up to bring her to the condo to let her shower.

Kim’s husband controlled everything; any time he saw Kim, he would check her pockets to make sure she wasn’t hiding or saving any money. He kept all of her documents and her green card hidden. When she tried to fight back, he would threaten to send her back to Vietnam and would tell her, “You are nothing. You are just an immigrant.”

After years of abuse, one day Kim’s husband was angry that the store had not earned more money and threatened her life with a gun. Their 16-year-old son stepped up and begged, “Please dad. Don’t hurt mom.”

The husband became infuriated and started to hit the child. Kim stood up for her son and screamed, saying she would call the police, prompting her husband to leave.  He did not return all night.

The next morning Kim called a taxi driver who spoke Vietnamese. She had no idea where to go. The cab driver had heard of Boat People SOS and brought Kim to their office.  She waited there for five hours before meeting Michelle, whom Kim greeted with a big hug of relief. 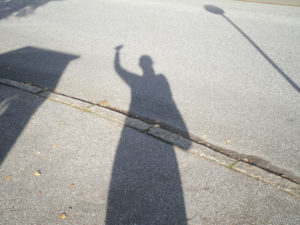 With Michelle’s help, Kim was able to file a protective order against her husband and file for divorce. Then, Michelle worked with Kim step-by-step to help her achieve citizenship. On the day she became a citizen, Kim was filled with joy. As a full-fledged American she felt she had many more options and soon found a job at a bakery. Now Michelle is helping her get a driver’s license. For Kim, full American citizenship has truly meant freedom.

Michelle stresses that Kim’s story demonstrates the value and importance of citizenship to women who are survivors of violence. “By becoming a citizen, they get rights they never imagined before. It helps their confidence and gives them strength.”