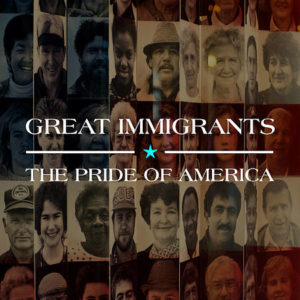 The Great Immigrants campaign is a yearly celebration that honors well-known naturalized citizens who have made notable contributions to the progress of our society. It is a salute to the legacy of Andrew Carnegie and other immigrants.

“Our founder, Andrew Carnegie, came to this country as the son of impoverished immigrants and grew up to become one of the greatest contributors to American industry and philanthropy,” said Vartan Gregorian, president of Carnegie Corporation. “His devotion to U.S. democracy stemmed from his conviction that the new infusion of talent that immigrants bring to our country keeps American society vibrant.”

The 2015 honorees include 38 immigrants from more than 30 countries and represent leadership in a wide range of professions:

As part of the campaign, Carnegie also released a video about Claudius Zorokong, a 30-year-old native of Sierra Leone and naturalized citizen who recently graduated from Hamilton College and began working on Capitol Hill for Congresswoman Niki Tsongas.

Other elements of the Great Immigrants campaign include:

Nearly 9 million legal permanent residents are currently eligible to naturalize and become U.S. citizens. Carnegie Corporation of New York supports their civic engagement through the efforts of its grantees, particularly the network of nonprofits that forms the New Americans Campaign.