Carnegie Corporation & NAC celebrate great immigrants that are the Pride of America. 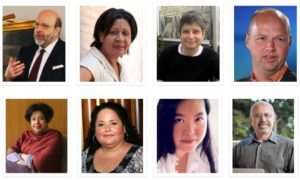 As on every July 4th since 2006, the Carnegie Corporation has once again taken out a full-page public service ad in the New York Times to celebrate the contributions of naturalized citizens to America.

Carnegie Corporation is one of the founding funders of the New Americans Campaign.

For the first time, Carnegie Corporation has also created a companion website, “Great Immigrants: The Pride of America,” at greatimmigrants.carnegie.org. It includes this year’s honorees and those celebrated in previous years. The site also features a timeline highlighting Andrew Carnegie’s experiences as an immigrant in the 19th century.

“When immigrants take the oath to become American citizens, that is both a wonderful and a powerful act,” said Vartan Gregorian, President of Carnegie Corporation of New York and himself a naturalized citizen. “Hence, it is fitting that on July 4th, when we commemorate the birth of our nation, we also honor both the rights and responsibilities of citizenship: not only the freedom to pursue our personal goals but also our obligation to contribute to the collective good and participate in the progress of our society.”

Carnegie Corporation’s founder, steel magnate and philanthropist Andrew Carnegie, was an immigrant from Scotland, and committed to giving back to America and mankind.

Check out the ad’s companion Web site and post your own immigrant story at greatimmigrants.carnegie.org.