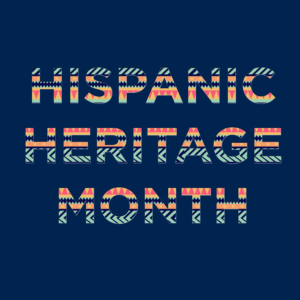 Sept. 15 to Oct. 15 is National Hispanic Heritage Month in the United States. In 1968, Congress authorized a weeklong celebration beginning Sept. 15 — the anniversary of independence for five Central American countries. In 1989, the celebration was extended to a full month.

As of July 1, 2014, 55 million people of Hispanic origin lived in the U.S., making up 17 percent of the U.S. population. These individuals had their roots in Mexico (64 percent), Puerto Rico (9.5 percent), Cuba (3.7 percent), El Salvador (3.7 percent), the Dominican Republic (3.3 percent) and Guatemala (2.4 percent), with the remainder from elsewhere in Central and South America, Spain and elsewhere.

More than a third of Hispanics in the U.S. (35 percent) are foreign-born. Of those born outside the U.S., about a third (32 percent, or 6.2 million) are naturalized U.S. citizens.

In 2013, more than 218,000 people from Mexico, Central and South America became naturalized citizens. That number represents 28 percent of the total number of naturalizations for 2013. Mexicans were the largest group, with nearly 100,000 becoming U.S. citizens in 2013.

New Americans Campaign partners are working every day to encourage lawful permanent residents to become U.S. citizens. This monthlong celebration offers a time for reflection on the next steps for those still eligible to naturalize.