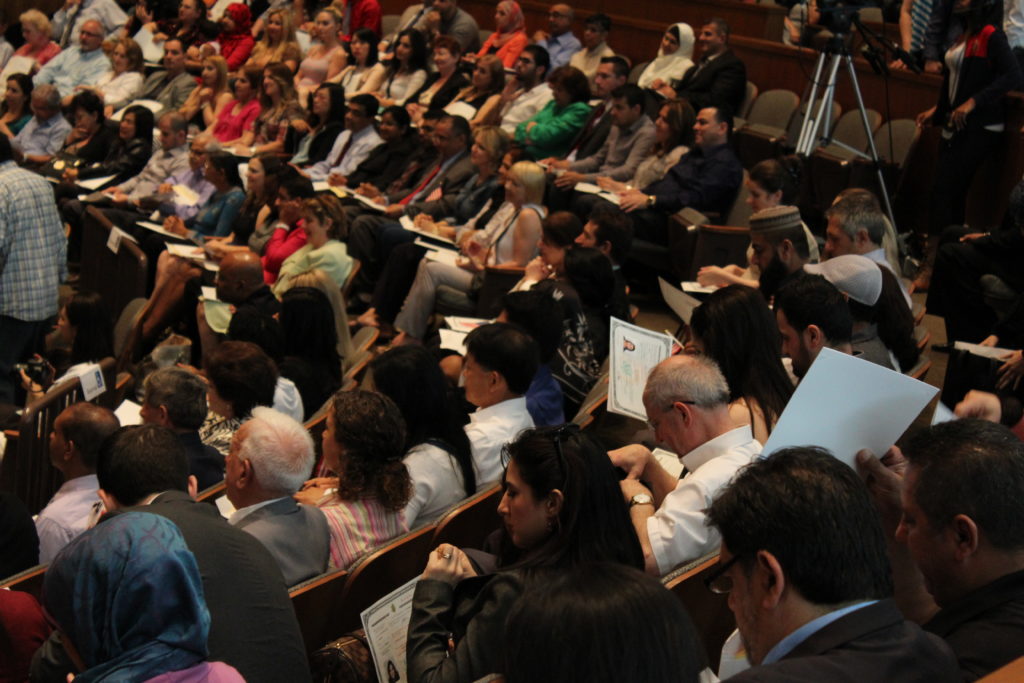 On June 26, the City of Detroit’s Immigration Task Force hosted a citizenship ceremony where 105 people from 37 countries were welcomed as new U.S. citizens.

The ceremony was held in partnership with United States Citizenship and Immigration Services (USCIS) and the International Institute of Metropolitan Detroit, a New Americans Campaign partner.

Wojciech Zolnowski, executive director of the International Institute, spoke at the ceremony. As a member of Detroit’s Immigration Task Force, Wojciech serves as the chair of the repopulation committee and is an ambassador for Detroit, cultivating a more diverse, inclusive city. He’s also not long removed from his own citizenship test.

“I myself became a citizen just nine months ago,” says Wojciech. “It was the right thing to do.” 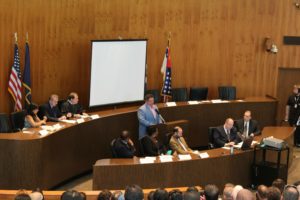 Wojciech came to the U.S. from Poland 20 years ago. He is the father of two girls, Maria and Ania, who were his inspiration for becoming a citizen.

“Last year, Ania was studying civics in the fifth grade,” says Wojciech. “She started giving me a hard time about becoming a citizen and quizzing me about the questions on the naturalization test.”

While Wojciech has been a longtime advocate for naturalization, he now carries out his work as a U.S. citizen, fulfilling a dream of his daughter.

A full list of ceremonies can be found here.