America is an adoptive home to arriving immigrants. For many, it provides safety, security and new opportunities to thrive.

And that’s exactly what it has meant to 18-year-olds Monyfa Alexander and Daniel Marshall, who grew up separately in the New York foster care system.

Monyfa and Daniel each came to the U.S. from Guyana with family members. But safety and security didn’t come right away, as both of their fathers’ alcoholism and abuse separated their families and forced the kids into foster care.

These hurdles didn’t deter the children. 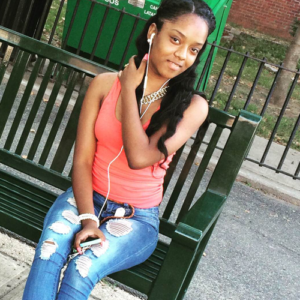 Monyfa was motivated to pursue citizenship. She knew the U.S. was where she wanted to call home and spend the rest of her life.

“I thought, ‘America is a great country; why not become a citizen?’ ” she said.

Monyfa’s father became a citizen before she turned 18. Children under the age of 18 can derive citizenship from their parents if the parents apply on their behalf. Her father did not.

“I had my interview in August and then took the test and passed. In fact I answered every question correctly!” Monyfa said. “I was so proud of myself.”

She is excited about the opportunities available to her as a citizen. She recently completed her General Education Development (GED) test and plans to save money so that she can go to school and pursue her dream of being an ultrasound technician.

She also looks forward to voting in next year’s presidential election.

“I’m going to sign up to vote now,” said Alexander. “I think my voice matters.” 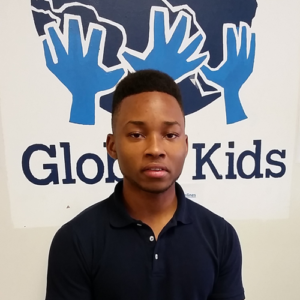 When he first came to the U.S., Daniel lacked the motivation to do well in school. But he soon realized how many possibilities education opened up for him in this country.

“I realized I couldn’t play around anymore,” said Daniel. “I had to change my attitude, do my schoolwork and obey the teachers.”

“I explained what becoming a citizen would mean for him,” she said. “I knew he wanted to go to college, and the opportunities for grants and higher education in America [are] much easier when you’re a citizen.”

Daniel is now a freshman at Monroe College, pursuing his bachelor’s degree in information technology. He became a citizen Oct. 7 with the help of Catholic Migration Services.

There’s another thing both Monyfa and Daniel look forward to, and that’s bringing their mothers to the U.S. As citizens, they can petition the government for other family members to come to this country.

American citizenship may help Monyfa and Daniel reach their common dream: to be reunited with and to mend their broken families.