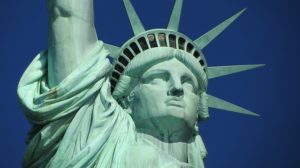 The initiative, NYCitizenship, partners the Mayor’s Office for Immigrant Affairs with the New York Public Library system to provide information on citizenship, as well as legal assistance to help applicants complete their citizenship forms. The program also includes a financial education component.

The initiative was launched in conjunction with the city’s first “Citizenship Week of Action.” That initiative involved dozens of volunteers from faith, labor and community organizations who helped immigrants prepare their citizenship applications in the week leading up to National Voter Registration Day on Sept. 22.

City government’s partnership with the libraries expands on the recently launched “New Americans Corners.” This initiative — a partnership between USCIS, the libraries and the Mayor’s Office for Immigrant Affairs — includes a dedicated space for information on U.S. citizenship in every branch of the New York, Brooklyn and Queens libraries. Other resources include English as a Second Language and citizenship preparation classes, and materials to help naturalization applicants prepare for their citizenship interview.

NYCitizenship expands on the earlier initiative by providing legal assistance for naturalization applicants.