Between 1992 and 1995, millions of Bosnians were forced to flee their homes as hundreds of thousands of others were killed by armed conflict.

Amir Music and Biljana Debogovic were two of those Bosnian refugees who escaped with their lives and resettled in the United States with their families.

They didn’t know each other at the time, but Amir and Biljana followed similar paths from Bosnia to Zagreb, Croatia, then to the west coast of the U.S. to resettle in California. Over ten years later they met through the International Rescue Committee (IRC), a New Americans Campaign partner and the organization that brought them both to the U.S. and later offered them jobs.

The global refugee movement is top of mind across much of the world right now. But for Amir and Biljana it’s a big part of the fabric of their life story, and one that’s defined their work of providing services to refugees and immigrants from around the globe.

“I left Bosnia because I needed to survive,” Amir said. “I was on a list to be killed.” 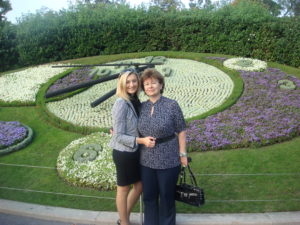 Amir, a Muslim, was in what was referred to as a “mixed marriage” with his Christian wife, Radmila. Together with their 7-year-old son and 10-year-old daughter, they filed for refugee status and were resettled in San Francisco in 1995. 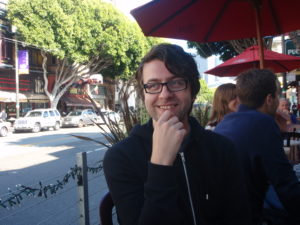 Amir was a judge in his hometown in Bosnia and a private attorney. His first job in the States was as a security guard.

“I knew I would have to start all over with my career,” Amir said. “I came to the U.S. for my children and their future. What we did really didn’t matter to us.” 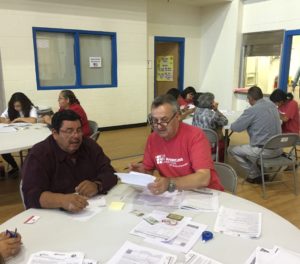 Amir and his family had to adjust quickly to the lifestyle and customs in the U.S. While his children learned English easily in school, both Amir and Radmila had to take English as a Second Language (ESL) classes. Amir studied at a local community college and Radmila took advantage of the ESL classes offered by the IRC.

Amir was eventually offered a job by the IRC as an assistant case worker. Bosnian refugees were continuing to arrive in the States and they needed someone to help with resettlement. It was meant to be a temporary, one-month position but 20 years later, Amir is still with the organization. In 2011 he became the head of the immigration department for IRC of Northern California.

Roughly 370 miles south, Biljana Debogovic started her new life in Los Angeles. She arrived in L.A. as a refugee in 1995. A widow since 1990, she came alone with her two children, a 4-year old son and 8-year-old daughter. 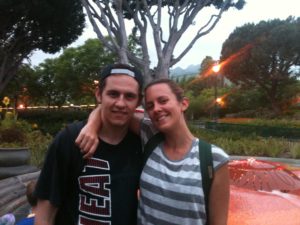 “I was a young woman alone with two young kids and that frightened me,” Biljana said. “The beginning of the war was really drastic. Our building was hit with grenades almost every day and we spent most of our time in the basement.”

Biljana’s parents urged her leave her town of Sarajevo to save her children. She followed their advice and spent three years in Croatia before applying for refugee status. When she did, a cousin in L.A. filed the paperwork with the IRC. Biljana was on her way to America.

“Being a refugee is very difficult,” Biljana said. “It doesn’t matter where you’re coming from. A refugee is a person who doesn’t know what to expect or what they can accomplish in a new country.”

Like Amir, Biljana started over in the States. An architect of 13 years, she quickly learned that to work in architecture in the U.S. would require completing her degree all over again. She searched for jobs, but with two young children it was difficult.

Then, a temporary two-week position opened at the IRC’s L.A. office and Biljana’s caseworker offered her the short-term assignment. 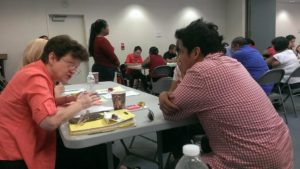 “I was delighted to finally start working,” Biljana recalled.

The position opened new opportunities for her. After the two week assignment ended, Bilijana was offered a receptionist position at the office. Over the years, she slowly started to train in programs offered by the IRC and she later became accredited with the Board of Immigration. Biljana has been working with the IRC ever since.

But even while her financial security was on track, Biljana’s son had difficulty assimilating in their new country when he was placed in school with limited English speaking abilities.

“He was really frustrated because he didn’t understand the children around him or the teacher,” Biljana said. “He cried every day on the way to school for six months and got sick from the stress.”

While he took English classes at school and eventually learned the language within a year, Biljana credits one American family who tutored and coached him along the way.

“The school offered a program for parent volunteers to help newly arrived kids,” she said. “In some ways that family adopted him, and it allowed him to adjust to his new environment.”

The journey as a refugee was not easy for Amir and Biljana. But, as they settled into their lives in the U.S. they never saw anything other than a future here with their families.

Both Amir and Biljana pursued citizenship as soon as they were eligible. Amir became a citizen in 2000 and Biljana in 2001. They both also gifted citizenship to their children, who were under the age of 18 at the time. Now, their kids are all college educated and thriving in school or in their respective careers.

Amir and Biljana made a new life in the U.S. with their families and have spent the last two decades helping other refugees get a second chance. Now through their work with the IRC and the New Americans Campaign, they’re helping other refugees find their way in a new country and fully integrate into their communities.