What Unites Us Is Stronger Than What Divides Us 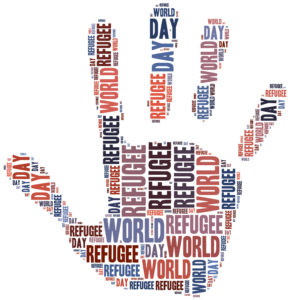 According to a new Global Trends report by the United Nations High Commissioner for Refugees (UNHCR), global forced displacement has reached a record high. The report notes that, on average, 24 people were forced to flee each minute in 2015.

These staggering statistics were released yesterday on World Refugee Day, a commemorative event created by the United Nations in 2000 that recognizes the resilience and strength of those whose lives and livelihoods have been shattered by conflict.

World Refugee Day not only spreads awareness of the estimated 65 million refugees across the globe, but also praises the resilience of these ordinary people living through extraordinary times. It serves as a reminder that what unites us is stronger than what divides us.

Forced to leave their homes, refugees embark on a journey that challenges them to overcome much adversity. But, for those able to come to the United States, communities welcome these newcomers and celebrate their many contributions.

Many of our partners support refugees on their transitions to new lives, assisting them in the process of becoming U.S. citizens.

The International Rescue Committee (IRC), a New Americans Campaign partner, is one organization that resettles and supports refugees in various capacities. Through its Immigration and Citizenship Services, IRC offers low-cost immigration legal services and citizenship assistance, including civics classes and naturalization application help. For Amir Music and Biljana Debogovic, Campaign partners and IRC staff members in California, this assistance helped rebuild their lives and welcome their families in America.

The IRC recognized World Refugee Day yesterday through a citizenship ceremony in New York City, where 19 new Americans were sworn in as U.S. citizens. The group of mostly asylum seekers and refugees represented 12 different countries.

You can join the UNHCR in honoring and supporting refugees all year through its #WithRefugees petition, which shares the personal stories of refugees and asylees and asks people everywhere to stand together to show that all refugees deserve to live in safety.